The TV presenter, 34, is known for his raven tresses and jet-black beard, so fans were stunned to learn that he’s naturally a redhead.

Rylan previously admitted he didn’t feel confident as a ginger and dyed his hair after being bullied for his looks.

“I was the fat, ginger kid at school. The first three years of school were hard and then I was like, ‘I’m gay now, get over it.’ It was taunting and very difficult,” he told The Sun.

“I just got to a point where I thought ‘f***k off’, if anyone said anything to me I’d give it to them straight back.”

Despite getting Botox, fillers and veneers to transform his image, he previously said he’ll always be unhappy with his appearance – after vicious school bullies left him with insecurities. 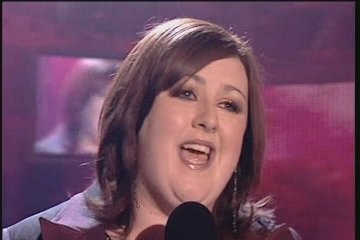 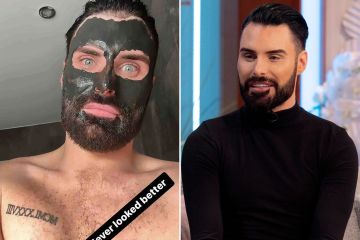 “I always struggled with how I looked growing up,” the TV favorite told us last year.

“At school I was the little fat ginger kid and used to get picked on. I was quite camp, so the gay thing played its part. I used to start dying my hair at 14.

“I’m still not happy now, but I’m OK with that.

“I’ve had botox and fillers, and went through a stage where I took these too far sometimes.

“Do I sit here and have any regrets? Yes we all have regrets. I would love nothing more than to grow my hair out, stop coloring it, not have to trim my beard…but I created a look that people recognize.

“I’d like to have pecks, a six-pack, arms bigger than my legs and f***ing love my life.

“It’s alright I don’t love the way I look. It’s OK I’m not body confident – I’m the opposite of body confident, but I’m alright with it.

“I’ve always had hang ups about the way I look. Then I got into a career where it gives people free for all to judge how I look.

“I’m quite an insecure person. Everyone thinks I’m confident because I present live telly, but do I feel confident looking in the mirror when I wake up? No.

“Do I feel a bit more confident when I’ve got makeup on and done my skincare? Yeah I feel confident, but not as confident as I would like to feel.”

The star also revealed that he became dangerously thin after his marriage breakdown left him feeling mentally unwell.

His weight plummeted to 9st 13lb — but thanks to overhauling his diet and exercise regime, he gained more than four stone, found therapy in exercise and felt confident posing topless in January.