A MUM has defended her decision to dye her nine-year-old son’s hair, despite being trolled by people who have even threatened to call social services.

Amber Morley took to TikTok recently to share a video in which she joked that she’d been coloring her son Charlie’s hair since he was two weeks old because she “refuses to have a ginger son”.

The clip sparked a ton of backlash from trolls, including one who wrote: “If that’s true you need social services calling on you.”

However, Amber opened up to Fabulous and insisted that she was just messing around, and she’s actually only been coloring Charlie’s hair since August – when he was nine.

“He liked his natural hair but he saw me dyeing my own in August and asked when he could do his,” she told us.

After checking the rules at his school, she decided to let him go ahead with the color change – with Charlie choosing to go red first of all. 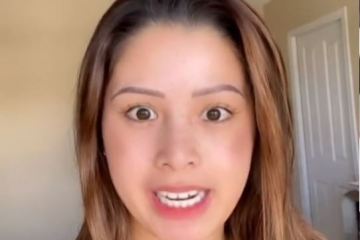 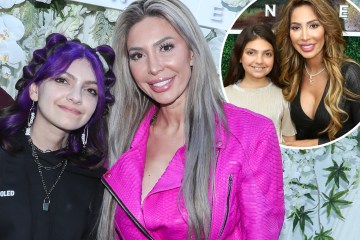 “I just see it as a way to express myself,” she explained.

“It’s just hair and it can be cut off/grows out!”

Charlie’s school has been supportive throughout his hair color changes, with Amber adding: “The school asked what’s going on with his hair and I responded with, ‘Whatever he wants right now’.

“And that was all that was said.

“Other parents at school have even started doing their kids’ hair now too.”

But not everyone is as supportive, as Amber has found through trolls’ response to her TikTok videos.

“People compare it to me allowing him to have a tattoo or vaping,” she sighed.

And she isn’t worried about Charlie damaging his hair, especially given that he has it cut so short.

“He has it cut in a short style every 6 weeks, so when he decides he’s done with color it’ll be back to normal in a short space of time,” she said.